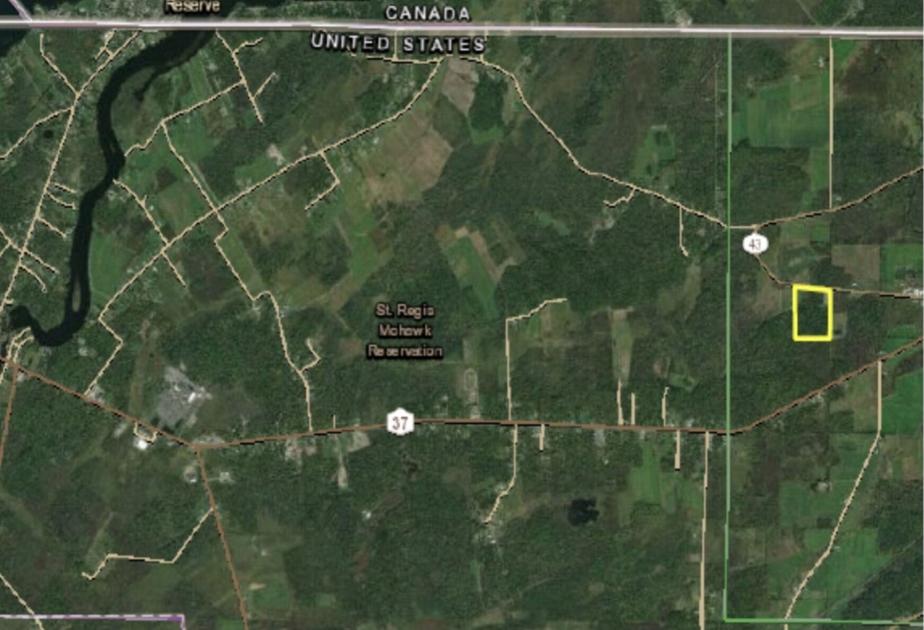 Tribal officials said they were approached by MMJ to begin the process. The property in discussion had previously been designated by the Tribe as a business park.

“The project isn’t a typical medical or recreational marijuana deal where cannabis is grown and sold in the commercial market,” members of the Tewáthahón:ni Corporation Board of Managers said.

MMJ is looking to grow marijuana on Tribal land under a special Drug Enforcement Administration growing permit. The marijuana would only be sold to medical facilities, labs, government agencies, academic and educational entities and “other entities that are conducting research or developing drugs that contain cannabis.”

If the growing license is granted, “MMJ’s investment in the project will include all costs to design and construct a 500,000 square foot federally licensed cultivation, extraction and lab facility.”

The DEA will first inspect MMJ’s facility to ensure that all security requirements are met, MMJ CEO Duane Boise said.

MMJ will also need to prove that customers are in need of marijuana products for research and clinical trials and that it has capabilities of providing products to other DEA approved researchers.

“MMJ BioPharma Cultivation has executed an agreement with MMJ International Holdings to supply marijuana extracts for Pharmaceutical manufacturing of its oral gel cap for its FDA clinical trials in Multiple Sclerosis and Huntington’s Disease,” Boise said.

The DEA in the spring issued proposed regulations that dictate the application process, Tribe officials said.

These regulations will become final Jan. 18. The Tribe expects the DEA to begin to process outstanding applications, once rules are official.

The next step would be for the DEA to follow up with MMJ and conduct the site visit.

“Our understanding of the timeline is that it could take many months for DEA to do its investigation and then make a final decision,” Tewáthahón:ni Board members said.

Board members added, “the project with MMJ falls in line with our Tribal priorities, specifically in regards to healthcare, the treatment of chronic disease and the diversification of our investment portfolio.”

The project required no financial investment from the Tribe, as “the Tewáthahón:ni Corporation did not invest any money in this project, as it will be fully funded by MMJ,” officials said.

The Tribe sees the benefits to this agreement laying in revenue from the project.

“An extremely valuable side benefit will be jobs that are created and tribal companies that will be involved in the construction,” officials said.

The agreement with MMJ is for a 25-year term, Tribe officials said. The Tewáthahón:ni Corporation will receive lease payments for property use and “a percentage of revenue generated from cultivation and pharmaceutical sales.”

As an Amazon Associate I earn from qualifying purchases.