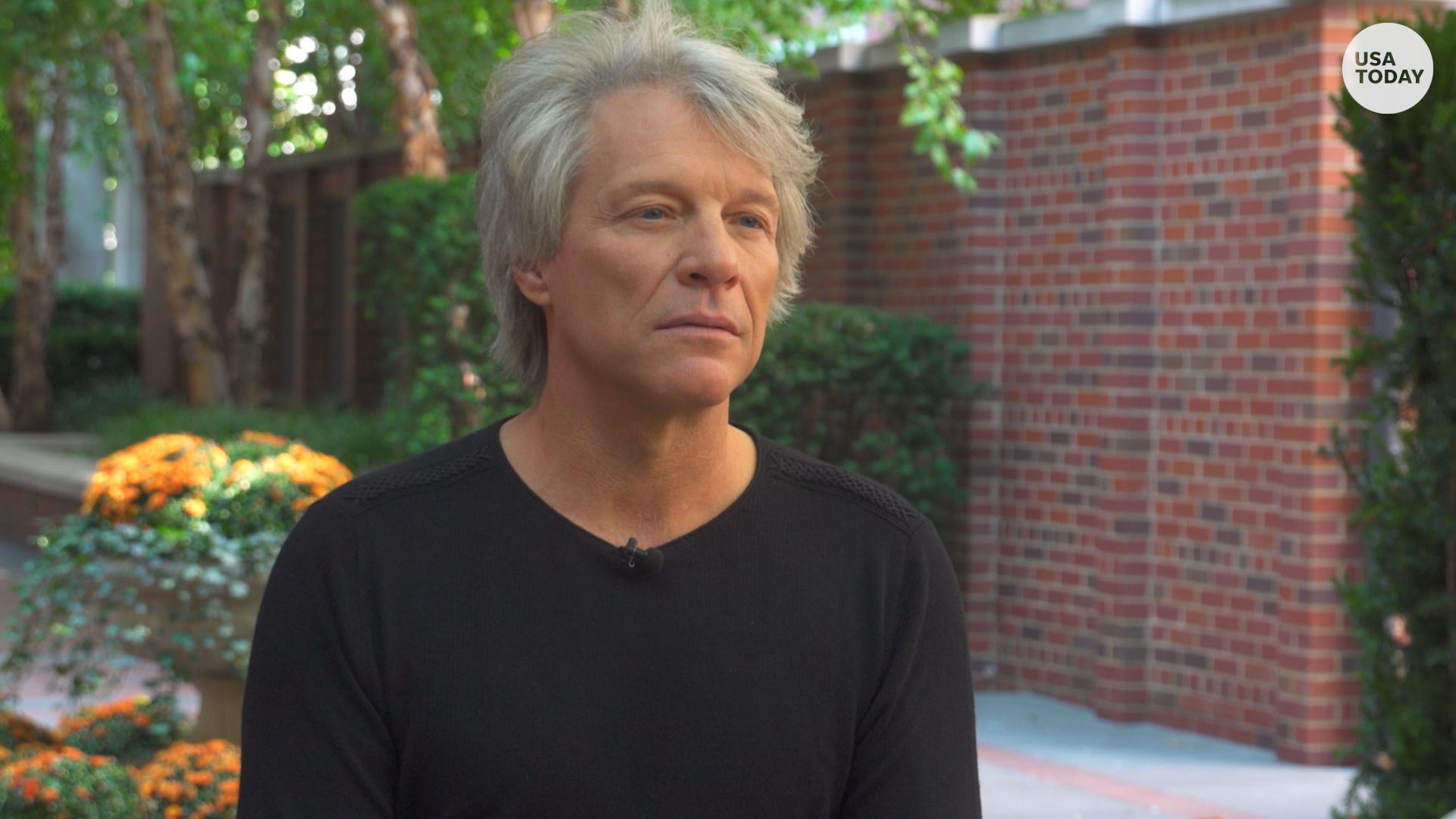 Jon Bon Jovi urges people to volunteer in his band’s new single “Do What You Can” from the album “2020.”

NEW YORK — Jon Bon Jovi has done and seen it all in his nearly four-decade career. He’s got the coiffed silver locks to prove it.

“Let me tell you, I’ve earned this gray hair,” the rock legend says with a laugh. “I’ve been through enough hurting and healing to be here. Professionally, I’ve survived trends that have come and gone, and I’ve even had to mourn the loss of a bandmate who just couldn’t effectively keep up anymore. And that was tough.”

He’s referring to longtime Bon Jovi guitarist Richie Sambora, who publicly struggled with substance abuse problems for years and abruptly left the band in 2013. Bon Jovi, 58, says he last spoke to Sambora at the band’s Rock and Roll Hall of Fame induction ceremony in 2018. Since his departure, the remaining members have only grown “closer and stronger,” says drummer Tico Torres.

Echoes keyboardist David Bryan: “Our bond is unbreakable. Jon has grown, like us, as a person, and he has definitely grown as a songwriter.”

That’s evident on Bon Jovi’s topical 15th album “2020,” out Friday, where the “Livin’ on a Prayer” chart-topper sings frankly about our current president, gun violence and the Black Lives Matter movement. The album’s title alludes to election year, but also the 20/20 hindsight that comes with experience.

“This (album) is saying, ‘I have clear vision, I’ve come through the pain and now that new day starts,’ ” Bon Jovi says. Thirty-six years after the band’s self-titled 1984 debut, he talks to USA TODAY about longevity, approaching 60 and revisiting past hits.

Question: You’ve had the hits, the sales, the awards – what motivates you now?

Jon Bon Jovi: I’m not driven by numbers; I really don’t think I ever was. When you’re just starting out, they’re so beyond your reach. The only thing I care about in my career at this point is when I write a song. Writing is the closest thing that anyone will ever feel to immortality, it’ll outlive you. Writing it is all I can really give a darn about. Recording it is second, because you want to see if it was worth it. And touring is third. It’s last, because that is wonderful and all, but I don’t live to tour. I don’t live to hear people applaud. That’s a byproduct of writing the song.

Q: So there are no more milestones you’d like to check off?

Bon Jovi: Honestly, at this point, what I’m hoping to do is to first and foremost enjoy it, and then keep integrity. I don’t ever want to be on the “Where are they now?” pile. I jokingly say, no one loved the Fat Elvis. I mean that with the utmost respect, but you got to know when it’s time to go. I can still write a song and that’s what matters to me most. The rest of it, I’ll do it as I see fit.

Q: Is there a song or album you’re proudest of?

Bon Jovi: One of the things that happened in the boredom of COVID was I started to listen to a couple of our older records, which I just wouldn’t naturally do. Someone said it’s the 25th anniversary of “These Days,” so I thought, “25 years, my God. I should put that record on.” So I started doing these joking one-minute record reviews (on Twitter). Some I love more than I remember, some I hate more than I remember. And yet I look back on the catalog of music and I’m very proud of it. Are there songs I’ll be remembered for? Sure, your casual reader is going to go, “ ‘Livin’ on a Prayer,’ that’s my life,” and they’ll go down the litany of hits. But the body of works stands up to me and that’s pretty cool.

Q: Why do you think the band has had such longevity?

Bon Jovi: We’ve connected to generations of people, and I’ve never tried to be anything more than what I was. I’ve evolved, I’ve grown up in public and I’m certainly not trying to write the same song we did in 1984, ’85, ’86. It was my desire to progress and evolve into who I am today, and so I couldn’t rewrite “You Give Love a Bad Name,” “Blaze of Glory” or “Always.” The band’s legacy is cemented. These songs mean a lot to a lot of people and I am grateful for that. It’s a gift that God gives you the job you wanted when you were a kid, and that I get to do it still. I’m the luckiest man in the world.

Q: I know you’re still a couple years off, but how do you feel about turning 60?

Bon Jovi: I’m OK with getting older, I really am. I’m drawn to elders. The guys I look up to are older than I: when I talk (music) with Paul McCartney and Bruce Springsteen, when I talk football with Robert Kraft and Jerry Jones, when I talk politics with President Clinton. Getting old doesn’t scare me. It sort of just makes me realize that it’s worth staying in good health to be able to write about more experiences.